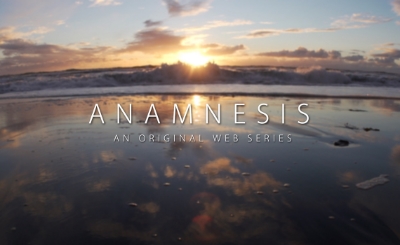 Anamnesis, a sci-fi web series about lucid dreaming that I was in a few years back just got a very nice shout out from The 7th Matrix. In truth, this was a post from over two years ago, but they just tweeted about it a couple days ago. I hadn’t seen this post until then, when my wife retweeted it and tagged me! Thanks, baby!

What a nice surprise to see this. Anamnesis was one of my favorite projects to work on. It was such an intriguing story, and being in-the-know on where this series was planning to go with the story line was so exciting. I am sworn to secrecy on that still, and hoping that it gets picked up again at some point, so we can tell that story. Because it was going to some deep dark places.

The writing and directing by Alex Calleros and Michael Tucker was fantastic. The other cast members were super talented and a joy to work with. As The 7th Matrix points out, “The cast provides some of the most nuanced and engaging performances I’ve ever seen in a web series.”

The production crew was equally talented and amazing. The cinematography by Terrance Stewart was breathtaking. “In fact, you will be hard pressed not to hit the “pause” button in order to soak in the beautiful compositions of light and color on your screen.” says The 7th Matrix. It is arguably the most visually stunning show I’ve ever worked on.

I play Noah, a music composer who has the perfect life—or so he thinks. His perception of reality begins to crumble as the show progresses. The 7th Matrix gave me a very nice namecheck in their article.

“Most notably, Brad Wilcox as Noah is riveting in his portrayal of a man coming to grips with the painful truth of his life.”

You can read all of The 7th Matrix’s article here.

And if you haven’t seen Anamnesis yet, or would like to experience the dream all over again, you can watch the entire season 1 for free on YouTube.